A hiker enjoys fall sunshine on Broken Leg Mountain,
high above a foggy weather inversion in the Flathead Valley. 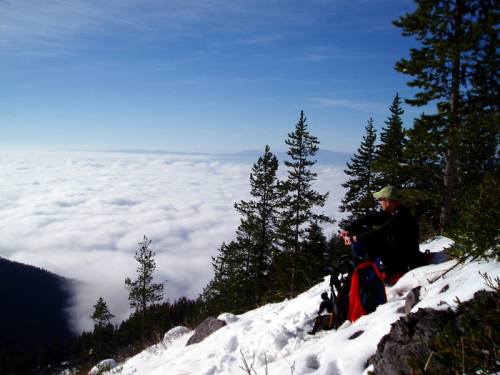 A gathering of lady bugs on Broken Leg Mountain 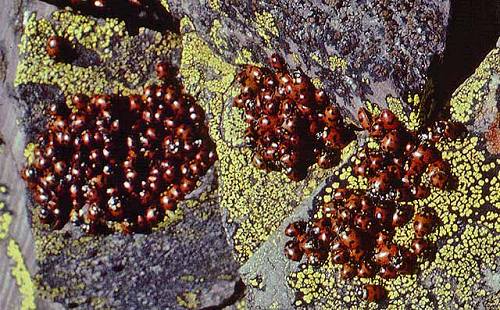 In 1988, both the U.S. Senate and U.S. House of Representatives voted to protect the entire Swan Crest as an official Wilderness Area. However, that bill was never signed into law by then-President Ronald Regan. Broken Leg Mountain is likely named after relatives of Kootenai Chief Aeneas Paul, whose daughter Marian married Louis Broken Leg and had a son named Peter Pierre Broken Leg. The Forest Service once considered building a road over the Swan Divide near here, but later abandoned the idea as impractical and inappropriate.