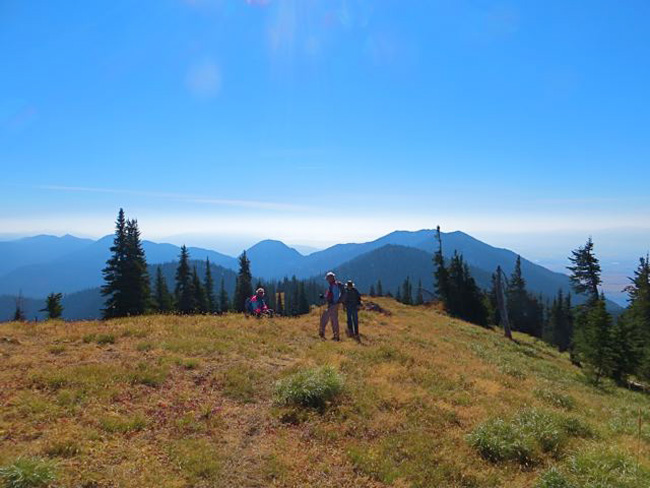 The Swan Crest from atop Doris Mountain. (Bob Muth photo and poem).

On October 11, some of the Over the HIll Gang hiked up Doris Mountain in the Northern Swans. Several golden eagles soared on high thermals as they ate lunch on the summit, inspiring this poem by Bob Muth:

A bird flies in the sky, and no matter how far it flies
there is no end to the air.
--Zen Master Dogen, Moon in a Teardrop

Thou feathered frontier
Of our vast fall
And forgetfulness,

Bless the Breath
Of our separate
And same
Belonging.


*In ancient Egypt, Horus the falcon was god of the sky, goddesses were represented by a bird known as Ba that frequented tombs. On this continent, some native people believed Thunderbird created the world.